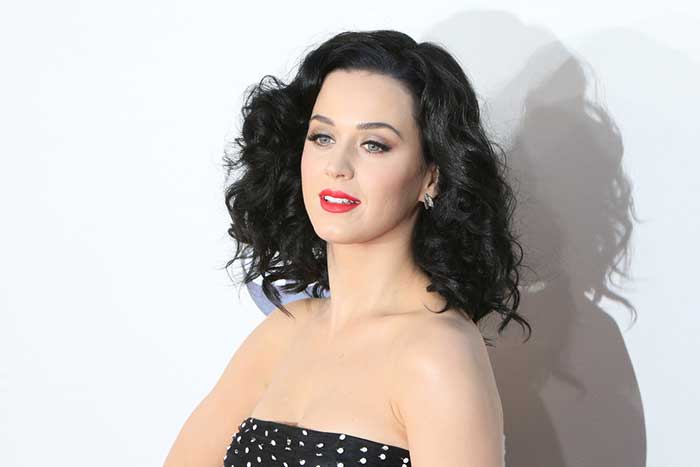 Celebrities definitely have busy lives and schedules. so it’s only normal for them to find ways to relax when they get the chance. Many rely on vacations while others practice meditation. This ritual is becoming a popular trend among celebrities, athletes, and influential people.
How much is meditation changing the entertainment, sports and business industry? Check out this star-studded cast of characters.

Listed below are some famous people who advocate and practice the art of meditation. 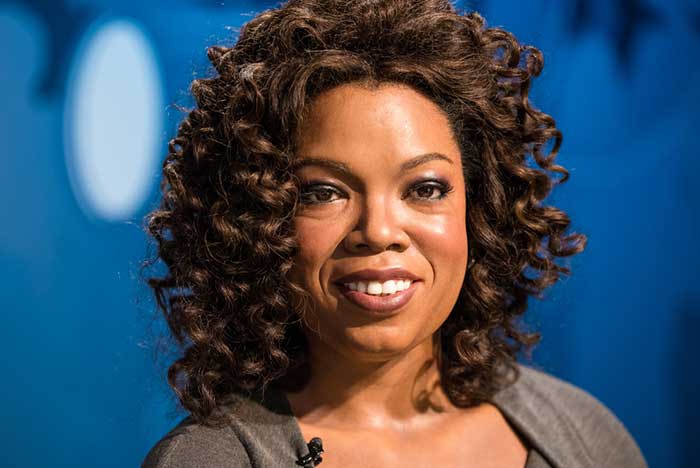 The famous talk show host is a major supporter of meditation. Since she is influential and her words and recommendations are taken to heart by many fans. she manages to advertise meditation on a constant basis. She often preaches about its many benefits and pushes people to try the ritual as well.  She is such a huge advocate of meditation, she and friend Deepak Chopra have partnered on this. They have established a meditation center called the Chopra Center of Meditation together. 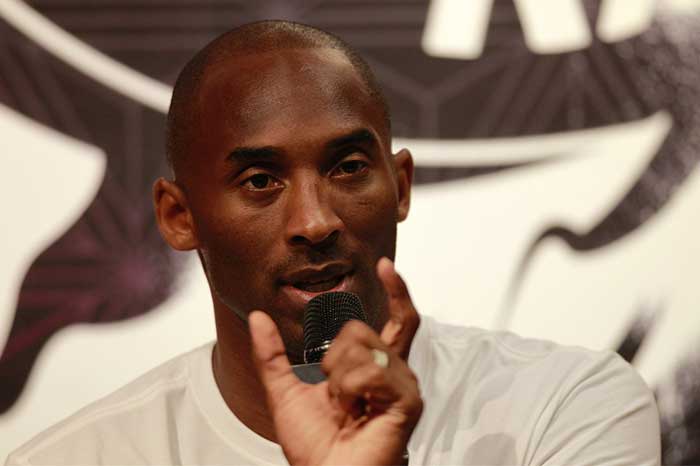 The NBA star player and retired Lakers superstar confessed that he meditates every day. He said that meditation helps him clear his mind for the day ahead or if not, he would feel agitated all day. 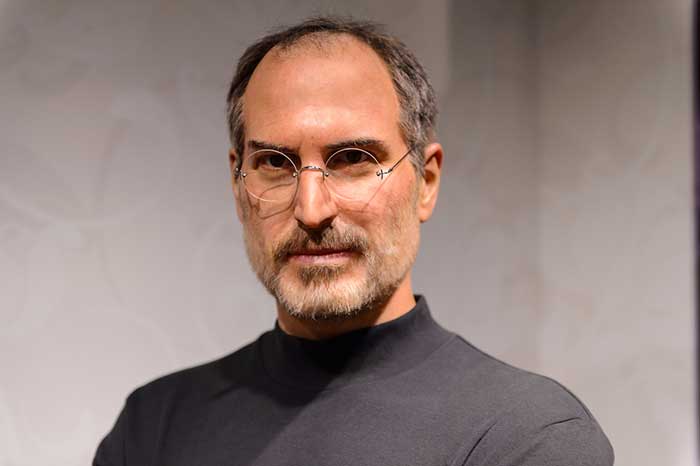 The late Apple founder and tech tycoon believed in the benefits of meditation. He explained how meditation can change a person’s life and perspective. “If you just sit and observe, you will see how restless your mind is. If you try to calm it, it only makes it worse. But over time, it does calm. And when it does, there’s room to hear subtler things. That’s when your intuition starts to blossom.  You start to see things more clearly and be in the present more.” 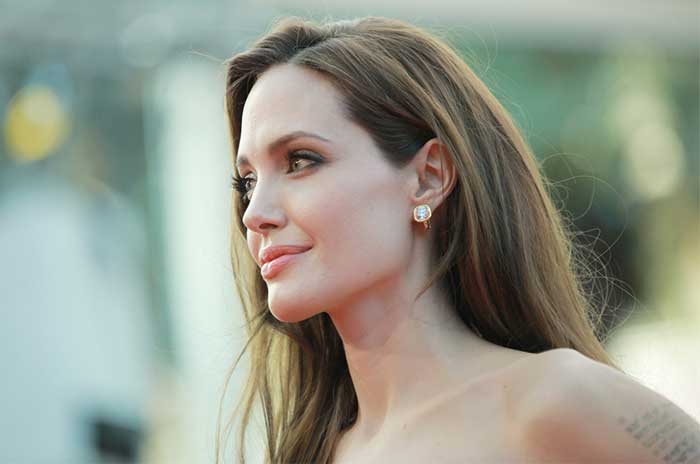 The actress talks about her own kind of meditation.  Being on the trampoline or coloring with her children for an hour is her source of meditation. 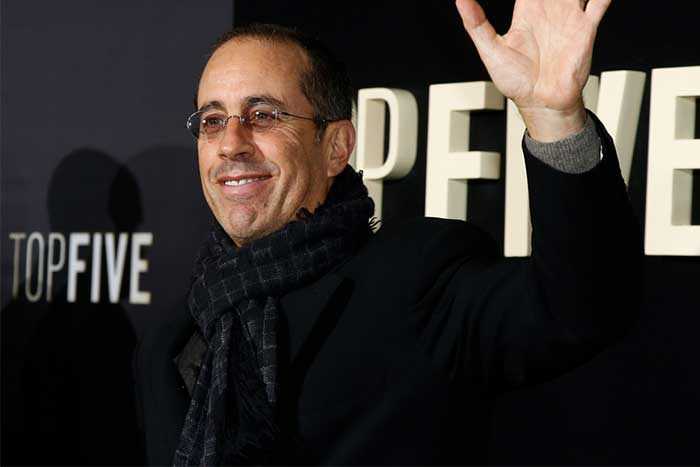 In one of his interviews he said how much he loves having a lot of energy.  The method he uses to get that energy is meditation. Seinfeld has been practicing meditation for more than 40 years.  He also believes that most of his successes are because of the practice. 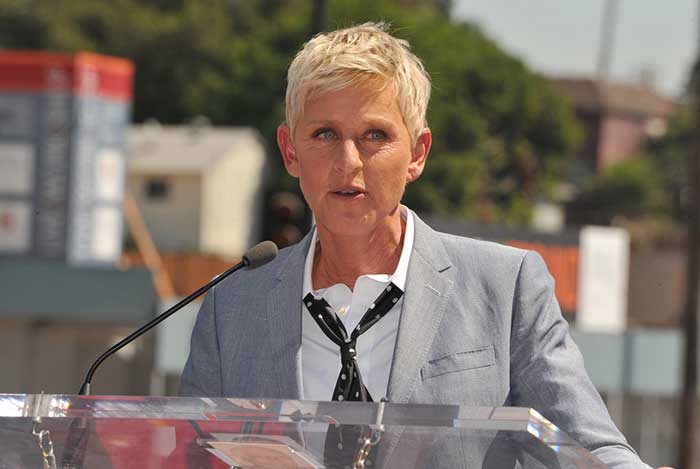 The talk show host/comedian shared that both Russell Brand and Russell Simmons inspired her to meditate. She said that when she meditates, it is the only instance that she can have “stillness.” 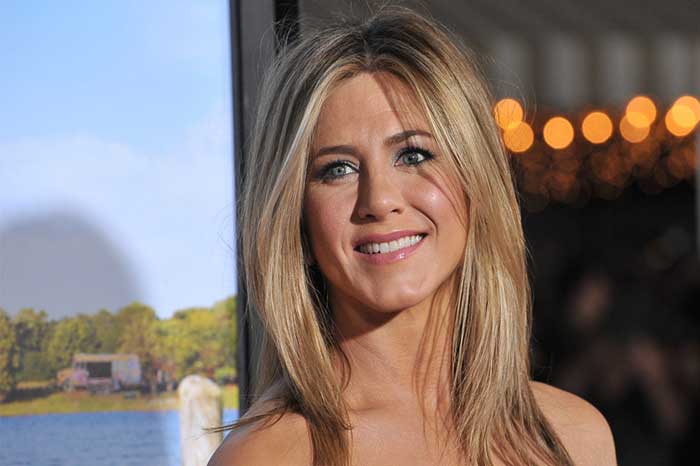 7.    Jennifer Aniston – The actress is one of those ageless celebrities in Hollywood. Thanks to her healthy lifestyle and exercise, she maintains her envy-worth figure. But what does she do with the kind of stress that surrounds her in the crazy entertainment industry? The blonde beauty said that she relies on meditation. 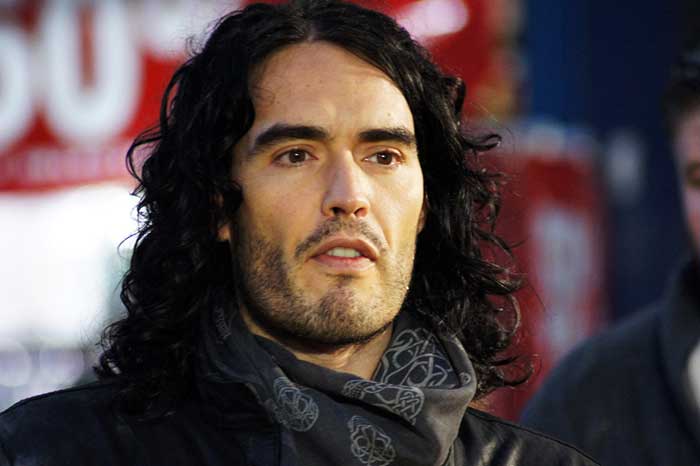 8.    Russell Brand – The British comedian said that he begins each day with a dose of meditation. “It changes consciousness, it’s really good if you’ve had addiction issues. It’s psychological, and beautiful, and overwhelming, and real, and trippy.” 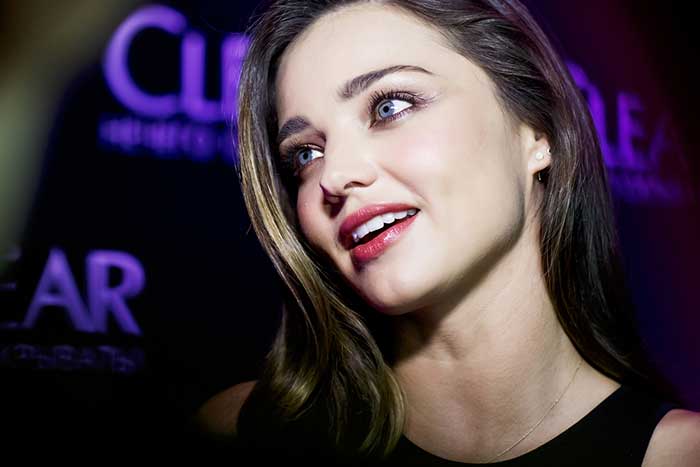 The popular supermodel is a fan of natural and organic products when it comes to beauty. She also dedicates her youthful energy and appearance though her practice of meditation.

She starts her day by doing meditation. It might be the influence of her former husband, Russell Brand. The singer confessed that meditating on a regular basis puts her in a good mood. Only then can her mind get “absolute rest.” In Rolling Stones magazine she said, “It’s something that’s with you for your whole life. You learn your mantra, it never leaves you, and it’s the deepest rest your brain gets. For people whose creativity faucet is never turned off,  life can be a little exhausting. I’m dreaming about whatever I’m creating next, or relationships, or blah, blah, blah. So I’m never really off. And meditation is actually the one time I get to really reset.” 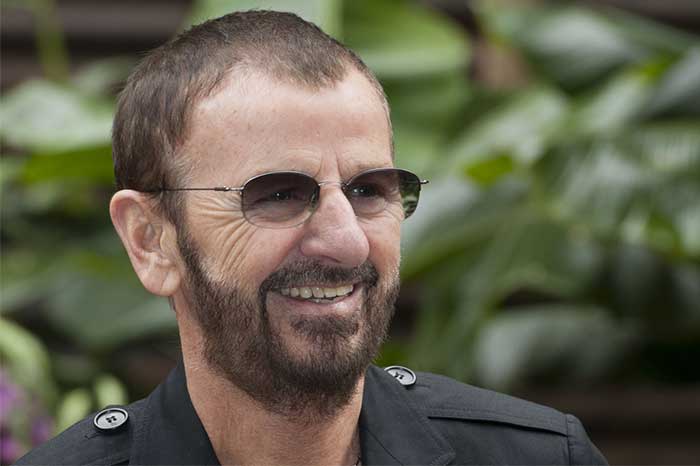 The Beatles drummer is also a regular meditator just like his bandmate Paul McCartney. He said he first learned about the practice back in 1967. 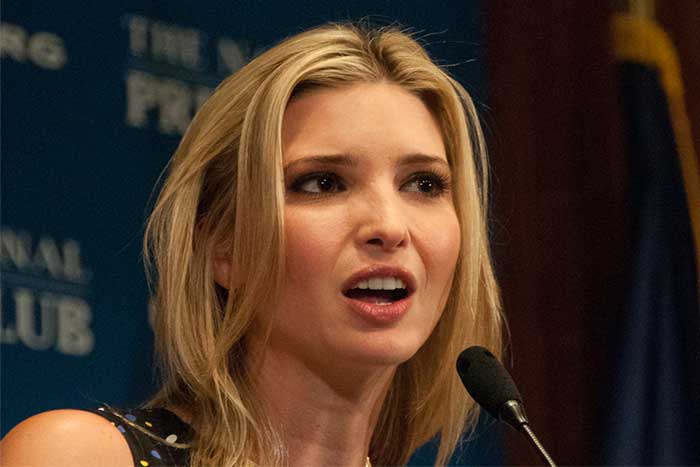 The daughter of billionaire mogul and presidential candidate Donald Trump, is an avid practitioner of meditation. Even with her busy lifestyle Ivanka makes time for meditation twice a day for 20 minutes per session. 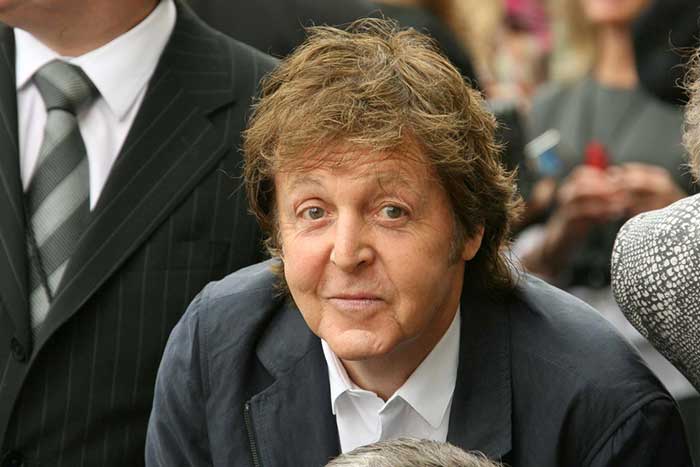 13.    Paul McCartney – He confessed that meditation has helped him found serenity. He also encouraged young people to try it especially since we are living in a not-so-quiet world. In 1968, The Beatles went to India and learned Transcendental Meditation. This life changing event inspired the making of “The White Album.” 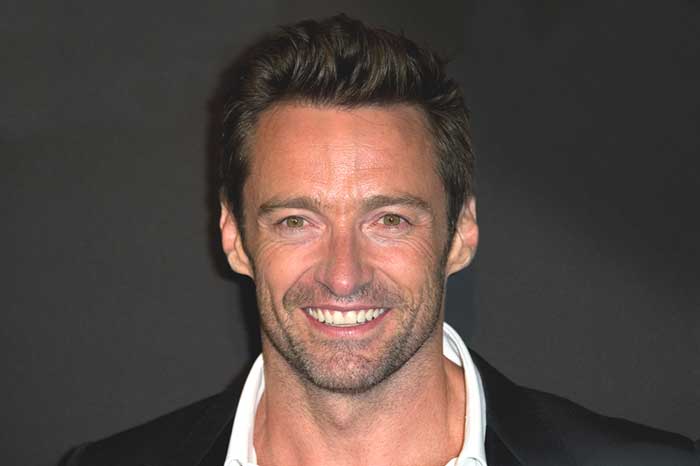 14.    Hugh Jackman – The Australian actor admitted that he is a huge fan of meditation. In fact, he did many interviews where he gushed about how the habit changed his life. In one instance he said, “In meditation, I can let go of everything. I’m not Hugh Jackman. I’m not a dad. I’m not a husband. I’m just dipping into that powerful source that creates everything. I take a little bath in it.” 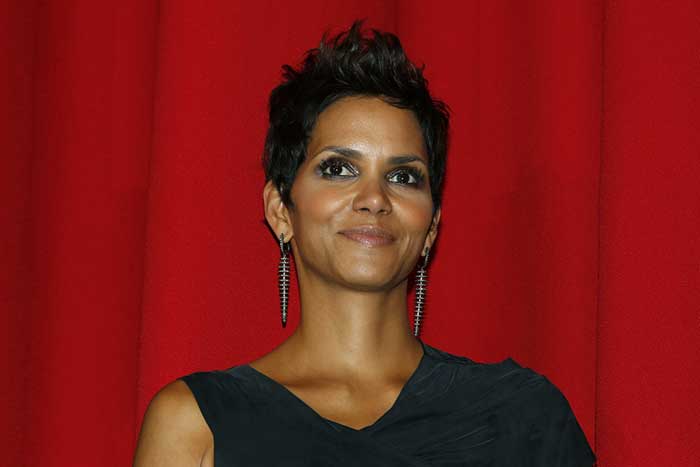 15.    Halle Berry – She said that doing meditation and praying are very important to her and she does it all the time.

The actress said that by doing so, she managed to keep herself grounded. This helped her to go through the storms that hit her life. 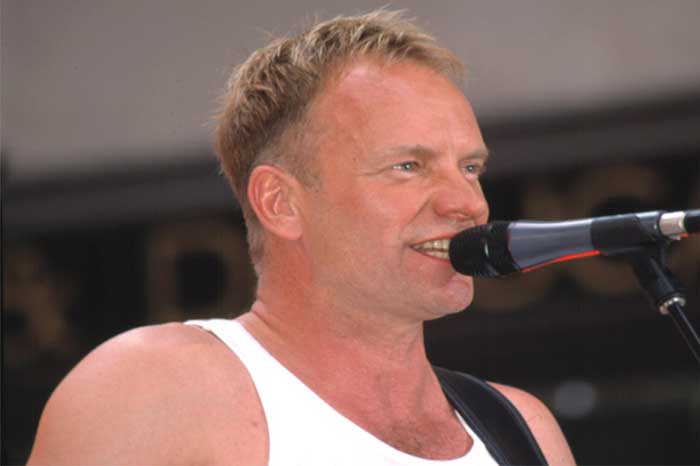 The singer (along with Katy Perry, Ellen DeGeneres and Jerry Seinfeld) is a member of the David Lynch Foundation.  The foundation educates people about meditation.

No matter how fans see these celebrities, they are still normal human beings who get tired at the end of the day. They experience stress. They have challenges. We all need an anchor.  We all need to get centered and clear our minds. Creative people need it even more.

Each one found it beneficial. Each one values the time spent. Each one attributes their success to the practice. Some help spread the word. Some practice privately.  Each practices in their own way. What is your way?  Which celebrity do you identify with the most? 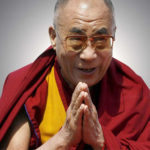 If you would like to learn more about meditation, you will love our article about  Meditation Techniques of the Dalai Lama.