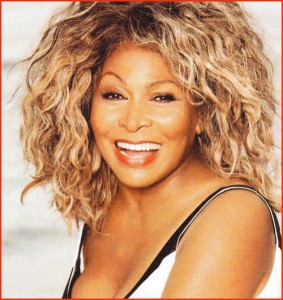 Don’t believe that meditation is becoming a hip trend in this day and age? Perhaps you’d like to take a cue from some of the biggest celebrities, many of whom are into meditation themselves. Let’s take a quick look at who these celebrities are, and find out for yourself why celebrity meditation has become such a hip trend.

Loved by many, Gwyneth Paltrow is an actress that’s always had her eyes on meditation. Last January, she said that she plans on learning how to meditated According to her, “It’s always sounded like something I should do, but I don’t know how to. My friends who do it say it’s really freakin’ brilliant. They say you can’t know the peace/awareness/contentment until you do it.” Go ahead, Gwyneth. We bet you’d love meditation!

How does a superstar get away from all the stress of Hollywood? She cites regular meditation as the source of her strength. Even giving her the power to finally leave her abusive husband back in the 1970s. We always knew meditation was good for focus, but now there’s concrete proof that it can also give you enough strength to make tough and life-changing decisions.

With his high-pressure roles in blockbuster films like Lord of the Rings and Pirates of Carribean, you can only imagine how stressful Orlando’s lifestyle is. Through it all, meditation has helped him keep away from the negativity and destruction of the Hollywood. Meditation is in his everyday life and, he says, has given him peace.

Not only is he a staunch advocate of human rights, he’s also unsurprisingly in touch with his inner self through meditation. He meditates every day, and this practice has given him the strength and motivation that he needs.

George Harrison, one of the famous singers that form The Beatles, has long been a followed of Indian mysticism.  His belief in it is such that he even introduced the same to his fellow bandmates. He also practices Transcendental Meditation, which he says has opened him to God and spiritual consciousness.

Another singing sensation, both Sting and his wife Trudie Styler are avid followers of yoga and meditation. He even practices the same when he writes his songs, which goes to prove just how much more productive and focused you are by meditating.