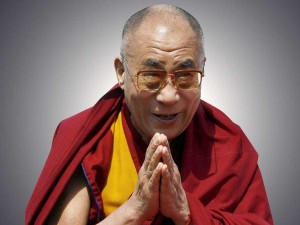 Even those that take root in very traditional ways must embrace change. This is what His Holiness the Dalai Lama did in a lunch with many supporters of the cause later in October 2012. There was a demand for innovation in the old Buddhist ways, and so His Holiness handled the matter at hand. Gone are the days when there was a great divide that separated Religion and Science.

More than often, men of science have always been in debate with men of religion over the search for truth. Science has always been equipped with cold hard facts that answer every mind-boggling question the world could throw at us. When puzzled, there is nothing research couldn’t fix. However, religion is a very different story. It relies on faith and the unseeing; that everything comes from a supreme being and we are guided by those who have gained wisdom through practicing meditation.

In this case, His Holiness believes that there are mutual benefits that can be derived from having a mixture of both. He believes that western science is a must in order for old Buddhist traditions to be nurtured and for the people under it to learn further more as well. On the other hand, meditation has unlocked many secrets of the mind that science can only hope to acquire. Through this, both parties will have a great deal of information and innovation as well.

His Holiness the Dalai Lama said in an interview, “I want us to follow the trend of the twenty-first century for greater openness and democracy. In our small community outside Tibet, we are more advanced than Beijing. Hopefully, sensible leaders in China will follow our practice.”

There is also a much greater cause embedded in his advocacy for innovation. A lot of turmoil has been boiling inside the Tibetan government for quite some time now. Aside from technological advancements, the people have also reached a certain level of enlightenment which has helped their country grow and the people to preserve the culture as well.

Tibetans have allowed themselves to cultivate Buddhist meditation be practicing love and freedom. The latter have been deprived from them for many years, but His Holiness reminds them that they are merely imprisoned in their own minds. They hold the key to their own chains, and for a traditional culture to prevail in a modern world, they must first free themselves.