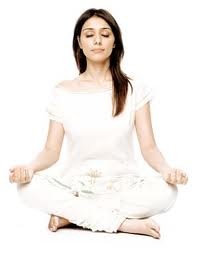 “By simply refocusing our awareness, we reshape our experience.” This is what a popular meditation technique popular among Hollywood stars, called mindfulness meditation, advocates. With growing evidence that it can combat depression and anxiety, the technique is rising in prominence.

Pioneered as early as in the 1970s, it was used by stars like Goldie Hawn and Meg Ryan. It draws on Buddhist principles and principally advocates the importance of slowing down in order to inhabit the moment.

Initially, the technique was contested by mainstream psychologists. However, after evidence of its clinical effectiveness, even its skeptics are starting to notice its merits. According to a recent study published in the Archives of General Psychiatry, the mindfulness technique can even be as effective as anti-depressants in a clinical test among participants who were in remission from major depression.

A study by researchers in Wales, Toronto and Cambridge found that in cases of recurring depression it reduced the risk of relapse by 50%. As a result, the National Institute for Clinical Excellence (Nice) adopted it in its guidelines as a recommended intervention in cases of chronic depression. Recent studies have shown that the technique can have other significant benefits, including boosting the immune system and encouraging left-field brain activity – the side most associated with feelings of wellbeing.

The impressive experimental results have led to a surge in interest and increasing demand that the practice be made more widely available. Research centres have sprung up across the country and there has been an explosion of mindfulness courses in non-clinical settings.  (More here)

In Central London, the School of Life has started offering classes that apply the principles of the mindfulness technique. The Be Mindful campaign, launched by the Mental Health Foundation aimed for making the technique available for people who actively seek it.

It’s not surprising to understand why the technique is becoming popular. It may have its fair share of challenges, but it’s not expensive and doesn’t require elaborate equipment. It focuses on slowing down and connecting to a person’s intuitive sense. It’s based on wisdom culled over the last thousand years.

However, people should not view it as a quick-fix to their depressive tendencies. When done properly, it offers some important benefits. For one, it helps a person immerse himself in the present instead of worrying about in the future. Also, it helps a person be aware of their thoughts and that they’re in control of it. Lastly, it lets a person realize that mindfulness, more than anything, is an act of kindness and compassion.