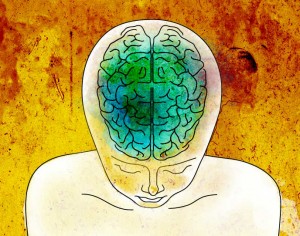 You’ve heard all sorts of positive effects of meditation. It has given people better focus, made people more aware, increased productivity, cured a whole list of sicknesses, and so forth. But recently, a new after effect of meditation is garnering attention. According to Dan Harris, meditation also results in happiness. In fact, his book “10% Happier: How I Tamed the Voice in My Head, Reduced Stress Without Losing My Edge, and Found Self-Help That Actually Works–A True Story

” has a simple enough premise: meditations makes people happier. Here are some things you need to know about his book, and why it’s an amazing story that further proves the benefits of meditation:

1.    Dan Harris himself never thought he would advocate meditation. According to him, he has always been aversive about abstract and “airy-fairy” things. This changed when, a few years ago, several studies came up proving the health benefits of meditation. This prompted him to learn more about meditation.  Soon, he found out by himself that meditation, simple as it is, actually works.

2.    According to  study of Tibetan monks who regularly meditate, there’s a connection between meditation and resilience. The study, conducted by researchers from the University of Wisconsin-Madison, showed that the more one meditates, the quicker the amygdala is able to recover from a stressful or traumatic situation. The amygdala is that area of the brain responsible for emotional memories.

3.    Another study of MRI scans from Harvard showed that beginners who underwent an eight-week meditation course had a thicker gray matter in areas of the brain that has something to do with compassion and self-awareness.

4.    A Yale study, on the other hand, focused on the effect of meditation to the brain’s “default mode network”, that part that activates when we’re lost in the past, or projecting far into the future, or worrying about ourselves. The study showed that meditation helped in deactivating this region, even when they’re no longer meditating!

5.    Another enlightening study is by the University of Miami, where it was shown that meditation protects the person from deterioration of mental functions. This was done across a group of college students, Marines, and incarcerated youth.

With this, several companies are starting to integrate meditation into their system—an investment that will surely pay enough, as it will result into happier, well-performing, and satisfied individuals.