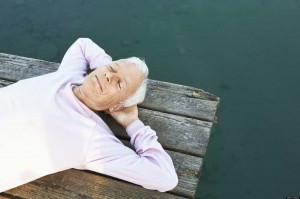 In recent years, meditation has become a phenomenon of sorts. Corporate offices, schools, and communities have established meditation programs in a bid to manage the stress levels of their members. The feedback has so far been positive, with many people claiming that meditation has helped in one way or another to ease their work-related stress and increase their productivity. And now that there’s recent scientific research to support the beneficial claims of meditation, meditation is proving to be more than a fad.

In a study published in the American Medical Assn. Internal Meciein, scientists found that there’s evidence that mindfulness meditation can ease anxiety, depression, and pain. However, the study didn’t find evidence regarding the link between meditation and substance abuse, sleep, or attention problems.

Can meditation deal with depression?

In answering this question, the scientists measured the effect of meditation on depression, as what would the expected effect of antidepressants be. Dr. Madhav Goyal and his colleagues conducted the study among 3,515 people, and went over 47 randomized clinical trial to understand the effects of mediation. Through the course of the study, the doctors had to talk to the patients regarding the role meditation plays in reducing stress, admitting that there’s a need for stronger study designs.

The clinical trials were done over a period of three weeks to five years, with alcoholics, smokers, overstressed, and people who otherwise have some kind of disease. The study concluded that there’s no enough evidence to conclude that meditation was able to treat substance use, eating habits, sleep, and weight problems However, it did highlight its promise in on reducing stress and influencing productivity.

Is the study conclusive?

As admitted by the researchers themselves, a weakness of the study is the lack of scientifically derived data on efficacy and safety systems. For one, there was a lack of financial incentives from practitioners—there was, after all, little need to study the effects of a practice that the patients themselves accept as effective. Also, measuring outcomes conclusively has proven to be difficult. According to Susan Smalley of the Mindful Awareness Research Center at UCLA, there was indeed a need to study the matter further.