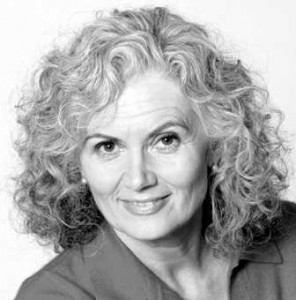 Barbara Wilkinson is a woman who has been in the profession of counseling and educating bothered souls for many years now. This amazing woman is also a member of the Ontario Association of Consultants, Counsellors, Psychometrists and Psychotherapist and a true and certified Trauma Therapist as well! These are but few achievements she has attained to prove that she is more than capable of discussing the topic of inner peace and meditation.

She started the practice at a very young age growing up tense and always anxious. Barbara had to find ways to let off some steam. Meditation became her outlet, a release of the stress that came with living in the 60’s and 70’s.

She stated in an interview of how she found this practice and made it a habit, “…this led me to Hans Selye’s groundbreaking research on stress and the Relaxation Response. One thing led to another and eventually I found the work of Jon Kabat-Zinn. His work resonated with me more than any other because it was so practical – such common sense. It was being researched by reliable sources. It was started in the hospital environment. It felt right and I have never looked back.” (http://liveitactive.wordpress.com/2012/03/16/interview-with-barbara-wilkinson-a-mindfulness-meditation-guru/)

Ever since, she has been meditating on a daily basis to promote a good well-being and a healthy state of mind. Not too long after, she started teaching what she has learned over a program called Mindfulness Based Stress Reduction (MBSR) in the 90’s. She began teaching children who immediately saw impressive results which led to small group session, conferences and many other huge events that catered to adults.

Eventually, she found the key in unlocking the secret to better meditation—letting go. As cliché as it may sound, it is the best remedy for one of the biggest problems those who meditate face. Personal thoughts and worries can cause anxiety in a person and can block from achieving the desired mindfulness. Even Barbara herself has some trouble with this, and we are only human and this is all natural. All that is needed to learn is to let go.

Starting out can be a bit tricky too. Barbara says that many confuse this practice as something that is needed to be done in full hours on a daily basis. While it is more advisable to be done daily, for a starter, only a few minutes a day would suffice. She says that from the stepping stone, you add more and more and meditate for longer and attain better self-actualization.

Altogether, Barbara says that there is much more in mindfulness than peace. There is enlightenment too. When both coincide, you will have a clearer sense and a better view of the world.