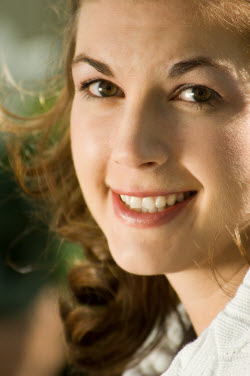 Meditation for longevity — to have a long and healthy life is not usually on the list for reasons why people take up meditation.

New research strongly suggests that meditation will help you have a longer, healthier, happier life.

As a meditator and teacher for many years, it’s been my experience that most people start meditating to fix a problem they are facing …. like stress, or chronic pain, or a serious illness, or grief, emotional challenges, or facing a big change in their life.

They start to fix a problem, but they stay for feelings of wellness, vigor, and happiness that are the side effects of meditation techniques that are practiced regularly.

Now you can add meditation for longevity as another positive side effect.

The image of the ancient but youthful-looking sage meditating on a mountaintop might be closer to reality than you think, according to a new study that found that after a three-month stay at a meditation retreat, people showed higher levels of an enzyme associated with longevity.

The study is preliminary and didn’t show that meditation actually extends life, but the findings suggest a possible means by which it could.

Researchers led by Tonya Jacobs of the University of California-Davis compared 30 participants at a meditation retreat held at the Shambhala Mountain Center in Colorado with matched controls on a waiting list for the retreat. Participants meditated six hours per day for three months. Their meditation centered on mindfulness — for instance, focusing solely on breathing, in the moment — and on lovingkindness and enhancing compassion towards others.

After the three-month intervention, researchers found that the meditators had on average about 30%* more activity of the enzyme telomerase than the controls did. Telomerase is responsible for repairing telomeres, the structures located on the ends chromosomes, which, like the plastic aglets at the tips of shoelaces, prevent the chromosome from unraveling. Each time a cell reproduces, its telomeres become shorter and less effective at protecting the chromosome — this, researchers believe, is a cause of aging. As the chromosome becomes more and more vulnerable, cell copying becomes sloppier and eventually stops when the telomeres disintegrate completely. Telomerase can mitigate — and possibly stop — cell aging.

“Something about being on a retreat for three months changed the [amount of] telomerase in the retreat group,” says Elizabeth Blackburn, a study author who has won a Nobel Prize for her previous work on telomerase. “We didn’t prove that it was meditation [that caused the change]. A lot of things happened during the retreat. But the interesting thing was that the changes we saw tracked quantifiably with the change in people’s psychological well-being and outlook.”

“It’s a very good study with interesting results in terms of health implications,” says Alan Marlatt, a professor of psychology at the University of Washington who has studied meditation for decades but was not associated with this research.

Of course, the relationship between health and telomerase is complex. In a recent study in mice by Harvard researchers, they found that boosting levels of telomerase reversed signs of aging, restoring graying fur and fertility, increasing brain size and sharpening scent perception. Too much telomerase activity can also be a problem, however. A cell that reproduces endlessly sounds like a good thing at first — that cell would be immortal. But this is exactly what happens with cancer cells — infinite replication. “If telomerase levels go too far up, that’s [associated with] cancer,” says Clifford Saron, associate research scientist at the University of California-Davis Center for Mind and Brain and a co-author of the new paper.  He notes, however, that the difference is one that is orders of magnitude higher—so that meditation could not possibly cause cancer*.

So how does meditation affect the machinery of cellular reproduction? Probably by reducing stress, research suggests. Severe psychological stress — particularly early in life and in the absence of social support — has been linked with poorer health, increasing risk for heart disease, stroke and some cancers. This is likely due to the negative effects of high levels of stress hormones on the brain and body. By reducing stress hormones, perhaps meditation contributes to healthier telomeres.

In a study published a few years ago in Lancet Oncology, researchers compared 30 men before and after adopting lifestyle changes following a diagnosis of low-risk prostate cancer. The patients started meditating, switched to a healthy plant-based diet, exercised and attended a support group. Like the new study, the Lancet Oncology paper found increases in telomerase linked with reduced psychological distress.

“The mind has a big influence on the body. If you get anxious, your heart beats faster and your stomach churns,” says Blackburn. “But we don’t know yet [if meditation is linked to] a reduction in stress hormones. The physiology is very complex.”

Here is a nice simple description of what telomeres are and why meditation for longevity protects your telomeres. This is excerpted from an article by Dr. Isaac Eliaz, a pioneer in the field of integrative medicine since the 1980’s.

Our genes are located on twisted, double-stranded molecules of DNA called chromosomes. At the ends of the chromosomes are stretches of DNA called telomeres. These are essentially end caps that protect our genetic data, allow for cells to divide properly and reflect how we age. Similar to the plastic covers on the ends of shoelaces, telomeres protect chromosomes from fraying due to aging, poor health, and environmental influences.

Telomeres are shortened every time the cells divide, and when they become too short, the cells are not able to divide properly. While researchers are already aware that telomeres shorten and deteriorate with aging, new studies are finding that chronic stress also contributes to their reduction and the shorter the telomeres, the higher the risk of developing cancer.

Doctor Eliaz goes on to explain why meditation is good for your telomeres, and good for a long and healthy life.

The inevitable wear and tear of your telomeres cannot be stopped altogether, but it can certainly be prolonged and even reversed through the activation of a key enzyme called telomerase. Telomerase adds bases to the ends of telomeres and keeps them from weakening and fraying. So how do you reap the benefits of this super-charged enzyme? Studies have shown that psychological changes associated with regular meditation improve your ability to cope with stress and maintain feelings of well being, and contribute to increased telomerase activity.

“We have found that meditation promotes positive psychological changes, and that meditators showing the greatest improvement on various psychological measures had the highest levels of telomerase,” said Clifford Saron, associate research scientist at the UC Davis Center for Mind and Brain.

That was a tad complicated, wasn’t it?

But the bottom line is simple. Meditation for longevity is just one more wonderful side effect of regular meditation.

Here at Meditation Techniques.co we believe so strongly in the benefits of meditation, that we publish guided meditations on a regular basis, and give them to our readers for free.