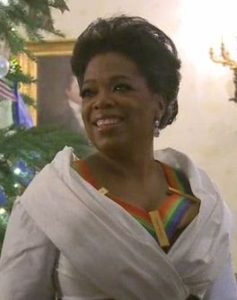 Meditation in the Eyes of the Celebrities

For its renowned positive impacts—from helping a person concentrate and focus better to relieving stress—even celebrities have come forward to talk about the merits of meditation. Celebrities only have good words and praises for it—and, unlike their paid endorsements, meditation is truly something they live by.

Tina Turner is one of the most avid supporters of meditation, after it has helped her overcome obstacles in her life. For over 30 years, her Buddhist beliefs and meditation have helped her inspired confidence and courage, eventually giving her enough of both to leave Ike Turner, her abusive husband.

Eva Mendes tried Transcendental Meditation after hearing about it from David Lynch. According to her, TM keeps her calm and collected. But more than that, it helps inspire the creativity she needs to move forward with her profession. And with the crazy Hollywood life, meditation has also become her refuge—a place where she can find balance and relaxation.

Angelina Jolie, activist, mom, and multi-awarded actress, may have a busy lifestyle and impossibly full schedule, but that doesn’t stop her from meditating. According to her, she uses alternative forms of meditation, finding it even in the smallest, everyday things. You have to admit, that takes a lot of focus and inner strength.

Sheryl Crow is one brave woman. Having fought her way through breast cancer, transcendental meditation was largely instrumental in helping her beat the big C. It has helped her focus and be at peace with her condition, two important things when fighting the big battle.

Oprah, renowned philanthropist, has been outspoken about her belief in transcendental meditation. In several episodes, she has talked about how much she enjoys it and how it has given positivity in her life.