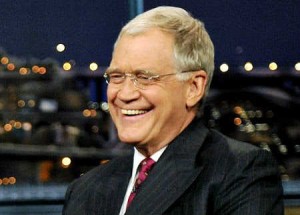 What can end an eight-year public feud between two of the world’s most famous personalities? Meditation, apparently, is the key.

In 2005, Oprah Winfrey saw herself in David Letterman’s “Late Show” to promote a movie, “The Butler”. She also visited to end a long misunderstanding with him. In her visit, Oprah talked about an online meditation project together with Deepak Chopra that she’s offering to people, free of charge.

During her visit, Oprah talks about the benefits of meditation to Letterman, who is joking skeptical about it.

Oprah senses Dave’s eyes glazing over when she starts talking about the benefits of meditation. “Do you meditate? I can tell you don’t, never mind,” she says. But Letterman insists he does, with Oprah replying, “I don’t believe you!” (We don’t believe him, either; it’s so hard to know when that guy is pulling your leg.)

Dave then presses Oprah to reveal her meditation mantra. She doesn’t want to (“They tell you not to tell anyone”), but she eventually relents and whispers it in his ear. “That’s mine!” Letterman exclaims. Even if he’s joking (and he probably is), it’s still nice to think that a little chanting and conscious breathing might be able to bring these two former adversaries together.  (Read more here.)

The two might not have been in good terms for quite a while, but isn’t it nice to see them share a light banter over meditation, something we’re passionate about?