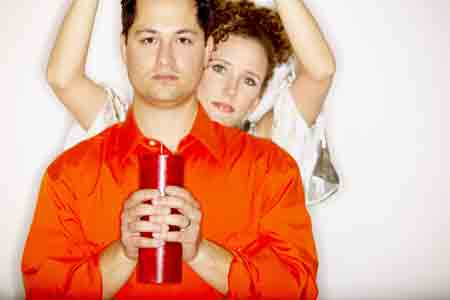 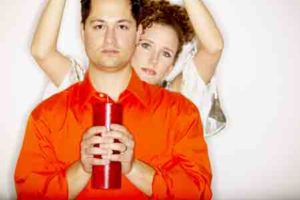 Here’s a long but fascinating interview about the science of meditation techniques that appeared here in Fortune Magazine.

Catherine Kerr, formerly the Lab Director at the Neuroscience of Meditation, Healing and Sense of Touch Lab at the Osher Research Center at Harvard, and who is now associated with Brown University. Dr. Kerr received her BA in American Studies from Amherst College and her PhD in History and Social Theory from the Johns Hopkins University, but in 2006 received a K Award from the National Institutes of Health to be retrained as a neuroscientist. Since then, her research primarily focused on the effects of meditation the brain.

The Science Of Meditation Techniques

Tell me about your background. What got you interested in studying meditation?

The route that I took on the way towards my study looking at the effects of meditation training on alpha rhythms in somatosensory cortex has been circuitous.

What we learned from these studies was that healing is more likely to come about when there is a tactile or somatic “body-based” placebo (like a tactile-sham needle) administered by a warm, confident practitioner. What these placebo studies suggested to me was that there might be a common factor – something like body-based attention — that was being manipulated by confident healers in many different modalities such as acupuncture, light touch massage and other ritual treatments.

Interestingly, body based attention to touch sensations, and more generally

the sense of touch, are disordered in chronic pain and IBS

. And the disorder seems to be mediated by a cortical mechanism. So, what I intuited from my work on placebo was that many therapies may elicit healing by using the sense of touch, or more generally the manipulation of somatic attention in order to address a disordered somatic-attention system. One way of thinking about somatic attention is to think of it as a biasing system – in chronic pain patients, attention becomes biased towards the chronic pain percept so that the sensation intrudes on and interferes with everyday life. What acupuncture and other therapies may actually do is to help erase or undo some of these biases so that the sensation, while it might not disappear, is less intrusive and has less of an effect on daily activities.

What aspects of meditation has your research focused on and why did you choose that focus?

We chose mindfulness meditation because, it turns out that mindfulness meditation is not the same as napping or relaxing: instead, the practice actually involves a very strong attentional focus on the breath and body sensations—the cultivation of somatically focused attention is the critical factor for training the attentional system in the earty stages of practice. This is even spelled out in an early Buddhist sutra (which talks about “mindfulness of the body”) although I did not know this when we assembled our hypotheses.

In our brain experiment, we actually looked at what happens in the “body map” in the somatosensory cortex when you are asked to pay attention to your hand versus when you are asked to pay attention to your foot. We tested the effects of a specific, standardized form of mindfulness meditation called mindfulness based stress reduction. Our hypothesis was that after meditation training, meditators would have more attentional control over their brain rhythms in the brain’s map of the hand—meditators would be able to adjust their alpha rhythms more precisely depending on whether they were attending towards or away from the finger.  Our hypothesis was proven correct as meditators demonstrated a higher ability to control their brain rhythms than nonmeditators and they were faster (after a cue)  in exerting this control.

It’s important to mention that our study had a small sample size (given this size, it’s surprising how strong the statistical significance of the effect was), so this study should be viewed as a “proof of principle” that needs to be replicated in a larger study.

What about meditation research has surprised you the most?

Two things have surprised me and I think they are a little bit related.

First, I was surprised by my experience of the actual practice of mindfulness meditation. My experience came about because I felt that it was important, as a scientist, to actually undergo the same type of training as my subjects.

So after all of my subjects were done with the course, out of curiosity, I actually enrolled in the same 8-week standardized mindfulness course and, on a subjective level, I found it to be very transforming—this surprised me. The course involved daily sitting meditation practice, the core of which involved an attentional focus on the breath and body-related sensations for 20-30 mins per day. This attentional focus was more difficult than I thought it would be. The difficulty wasn’t so much in the beginning. Rather, it was about half way through the 8-week class, I found that the meditation practice actually brought up some charged unresolved emotions from different past experiences.  What I found was that, at first these unresolved emotions were difficult but as I continued in the course, they actually became much more easy to deal with – and in general, I just felt more at ease, even in difficult or stressful situations.

But my experience was so complex: were these effects captureable through the brain imaging paradigm that I designed?  Having more control over the cortical dynamics of attention should lead to having more ability to regulate cognition, including cognitions related to emotionally charged issues. But, of course, I did not directly test this question.

One reason I tell this story is to emphasize there is always going to be a gap between the subjective effects that people report experiencing during meditation and the putative objective brain mechanisms that are put forth to explain the effects.

Skeptics deal with this gap by simply dismissing the subjective experience as “woo.”

I understand why they do this – but I think this dismissal is actually quite unscientific since one of the things that’s so fascinating about a practice like mindfulness meditation is the fact that it seems to reliably induce these complex, transformational subjective experiences. In their exit interviews, my subjects spontaneously offered different accounts of personal transformation). Isn’t that interesting?

Of course, the flip-side of this impulse to reject subjective experience that you see in the skeptic community can be seen in meditation enthusiasts and their uncritical embrace of neuroscience—this embrace has been my second surprise.

There has been a kind of mania or madness surrounding the brain and meditation that I see most strongly in studies reporting on brain plasticity. Take the wonderful work (on which I am a coauthor), led by Sara Lazar at MGH, on structural changes in the brain that are correlated with meditative practice. This research is fascinating and very promising but it is also fraught with uncertainty.

Stepping back a little bit to meditation in general, it seems to attract a lot of pseudoscience to it. How much do we really know about meditation right now, and what needs to be studied?

I think my two surprises are related to one central problem: because subjective experiences like those felt in meditation practice can be very powerful, there is a strong impulse to try to capture or “bottle” these experiences in a brain image. While I think brain imaging will be and has already been very informative about these practices, it’s important to understand that (1) brain imaging cannot do away with the basic gap between subjective experience and objective measurement (2) complex subjective experiences like those felt in meditation are likely made up of a complex array of brain mechanisms that cannot be captured by the simple sets of hypotheses that can be tested in a single brain experiment.

That being said, I do think that we can draw some conclusions about how mindfulness meditation practice might affect brain processes related to attention and emotion regulation. Work by our group on attention regulation and somatosensory brain dynamics comes in addition to fine work by Amishi Jha showing that mindfulness meditation appears to exert specific effects on well-defined attentional dynamics related to basic sensory processes.  Work by Philipe Goldin and coauthors suggests that mindfulness practice may exert effects on the reactivity of the amygdala to emotional challenge. And, work by Sara Lazar and others (including her subsequent study) in replication of her brave initial effort, suggest meditation causes changes in brain structure. I think the most important idea underlying all of these studies, that is now well-established is that the standardized form 8-week format of mindfulness meditation training called MBSR that we and others have studied (which is reported to reduce distress in many patient groups) involves an active process of attentional training and is not the same as relaxing or napping. Although some skeptics might wish this was not true. from Fortune Magazine

That was a pretty complicated and technical look at the science of meditation techniques.

I’m glad there are scientists doing their best to add clinical studies and brain imaging studies to the wisdom that meditation teachers have developed over thousands of years.

In fact, meditation… for me…. is one of the most excitin g areas where ancient wisdom and modern science are converging/