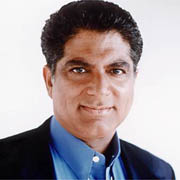 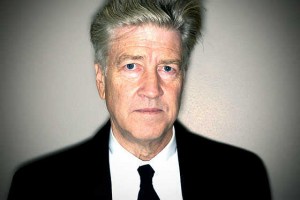 There’s been a few big changes since we originally published this article.  Netflix has made a documentary about meditation, and there are now many meditation apps that use celebrity voices in their guided meditations.

This meditation consists of Styles reading a bedtime story that the Calm app calls Sleep Stories. It’s accompanied by slow, soothing music that will help you focus on your breathing and coverts the day’s concerns into opportunities for growth.

The guided meditation also includes visuals that are specially designed to help your mind relax, like softly falling leaves or a sunset sky.

More sleep stories have been narrated by:

Audible.com and meditation with celebrities

Audible.com is getting into the sleep stories (go to sleep meditations) with the voices of:

just to name a few.

More celebrities who are publicly known to meditate here in 2022

Contrary to popular belief, celebrities do not just do make up, appear pretty and smile for the cameras. They do know a thing or two about different ways to stay balanced. Sure, they can afford the best fashion advice regarding the latest trends and can even lend some red carpet wisdom to fellow actors. As some of the busiest working individuals, they often know what to do and how to relax, according to FinerMinds.com

One of the most effective ways to relax is with the art of meditation. Meditation is a form of mental discipline, a practice where an individual trains the mind to calm down. It is designed to build and promote relaxation. So here are 8 different ways of meditating straight from 12 different celebrities who share the effects of meditation and the benefits they derived from it.

1. Angelina Jolie. For the Tomb Raider star, meditation is found anywhere and everywhere. She meditates while sitting on the floor with her children coloring for a span of one hour. She even finds relaxation and meditates while going on the trampoline.

2. David Lynch. Mulholland Drive writer and director, David Lynch finds he can do creative things with the help of meditation. As an active practitioner of Transcendental Meditation for over 35 years, he attributes his creativity to the wonders of meditation. The next time David Lynch directs another remarkable film, never doubt where that came from – meditation.

3. Hugh Jackman. Who does not know one of today’s greatest actors? He may not attribute his sensational performances to meditation, but he attributes a great deal of anxiety relief to meditation. Hugh even claims meditation to have changed his life and helped him deal with his obsessive compulsive behavior.

4. Adrian Brody. The Pianist star meditates to help prepare him for a starring role in a film or just to prepare for an appointment, a trip to another state, or anything. Adrian even stayed in a hut in the jungle and studied different meditation techniques in preparation for his Predator 2 role.

5. Eva Mendes. For Eva, meditation helps her deal with the stress of everyday life. She claims that it helps her deal with life’s good and bad times, ups and downs and brings her to a central focus. It might even be the reason for her healthy and youthful glow.

6. Howard Stern. Meditation helped Stern curb the habit of smoking and eventually quit. Almost immediately after starting his Transcendental Meditation practice 36 years ago, he quit smoking. Now that is a terrific method of getting rid of the habit quickly.

7. Giselle Bundchen. Brazilian fashion model and hot momma, Giselle Bundchen retained her supermodel figure after giving birth. When asked how she did it, she answered that she did yoga, ate right, did kung fu and meditation.

8. Russel Brand. For the English actor, meditation helped him find his soul-mate. He told Howard Stern, a co-meditator that it was through meditation that he met his then-wife, now ex-wife Katy Perry.