Don’t we all wish that we had greater control (or any control at all!) over our emotions?  What about feeling sad or afraid…would it help you to be able to harness those kinds of emotions? Think about it: a life where you could see situations and assess them without getting emotionally involved. 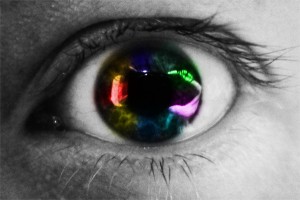 Mindfulness Meditation can help you clearly and without emotional attachment.

This is what Zindel Segal, PhD of the University of Toronto wanted to test out.  Dr. Segal and some of his colleagues set up a study that would look at controlling your emotions with mindfulness meditation and see if the training could alter how people experienced emotion.  NICBM.com covered what was found via the two test groups in an article on their site and we share a portion of that with you here.

Controlling Your Emotions With Mindfulness Meditation

The first group received mindfulness-based stress reduction training, where mindfulness was taught through meditation, yoga, and self-guided CDs for 8 weeks. The second group was put on a waitlist to serve as a control.

Both groups were given brain scans and their images recorded.

They were then shown sets of edited film clips to provoke their emotions. Half of the clips were neutral, including wood-cutting and gardening. The other half were sad clips taken from two Hollywood films.

Each group was also given a small window to then reflect upon what they had just seen and they were asked to then rate their sadness level.  The rating scale was on a standard 1 through 5 measure and both groups ended with very similar self-reported results.

However, the brain scan results showed quite a different story between the two test groups. The scans showed large differences in activation on the left side of the brain in the control group and this area houses memory retrieval and self-referencing.  The group that had received the mindfulness training showed a better balance between the left and right side of their brains, meaning that while they felt emotion, it was not related to themselves.

And that was only after 8 weeks.  The training had helped them to reduce the activity in the area of the brain associated with ‘self’ and helped them to have a more detached view of what was happening.  Controlling your emotions with mindfulness meditation can help you to think with more clarity and thus help you to come up with ideas that are not clouded by your feelings.

Click on the LIKE button if you would like to have some control over your emotions or know someone who could also benefit from more emotional clarity.