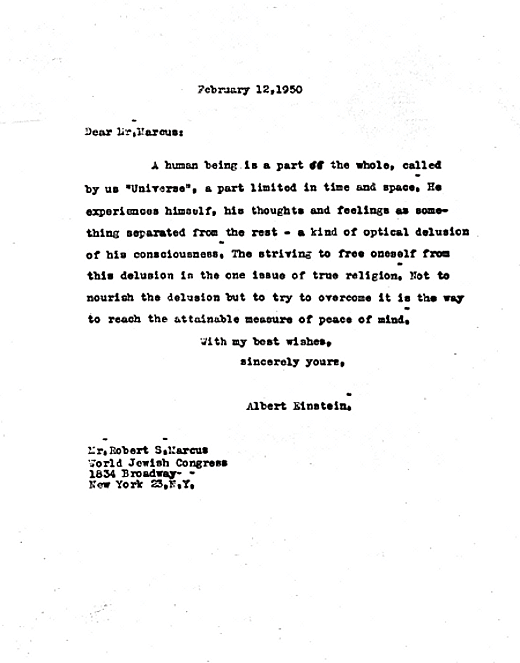 Albert Einstein was not only the world’s most famous scientist.

He also was sought after for his wisdom.  In this letter, from 1950, Einstein writes to a grieving father whose son has died from Polio.

A human being is a part of the whole, called by us “Universe”, a part limited in time and space. He experiences himself, his thoughts and feelings as something separated from the rest — a kind of optical delusion of his consciousness. The striving to free oneself from this delusion is the one issue of true religion. Not to nourish the delusion but to try to overcome it is the way to reach the attainable measure of peace of mind.

With my best wishes,
sincerely yours,

Here is a photocopy of the letter Einstein wrote