Here’s an inspiring story about a meditation garden for healing that is being created in Pocatello Idaho.

Personally, I’m all in favour of bringing the healing powers of meditation into medical centers like the one in Pocatello.  This organization understands that healing is more than the scientific, surgical and medical procedures at any medical center.

Meditation helps the emotions, the mind, and the spirit… .all important parts of healing. 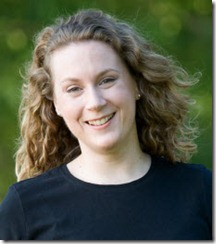 A group of local people, along with the Portneuf Health Care Foundation, is trying to bring some more mental and emotional healing to the Portneuf Medical Center by creating its first meditation garden.

“I would see it as a place that’s really optimistic and joyful, in a sense, that people will be happy to be there and appreciative,” said Janet Schubert. She and Rosey Erickson are building the garden in memory of a doctor they both have a strong connection to. Erickson was the nurse in Dr. William Schubert’s office for 20 years. Janet Schubert was his wife.

“I just never heard him say a negative thing about anyone. And I mean anyone. Not anyone we knew, just no one. He was tremendously respectful of his colleagues and valued their contribution to their work. He liked to have a lot of fun, he loved the outdoors,” Janet Schubert said about her husband.

Dr. William Schubert died in March of 2010 from complications of the genetic disorder called Fabry’s disease, after the life-saving medication he was taking was discontinued. He was 63 years old.

“I’m grateful for the memories I have and the time we had. I just still miss him a lot and I think it wasn’t long enough. He was too young to go,” Janet Schubert said.

She and Erickson both want to capture Dr. William Schubert’s spirit of respect and joy in the garden. The idea even touched the landscape architect, Jim Jenkins, so much that he donated his time to the project. He missed that kind of space when his own wife was in the hospital.

“We all know that healing is not just the scientific medical parts, we’ve also got the ability to look into ourselves and utilize the greater powers that are out there to sit back, and like I say, meditate, or spend time thinking about things other than what’s weighing down your shoulders at the moment,” said Erickson. Original story here.

I look forward to a world where many, or perhaps all of our medical centers have a meditation garden for healing.