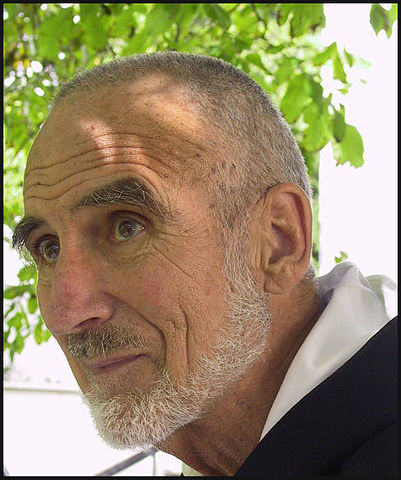 Here is a wonderful video with words by David Steindl-Rast and images by Louis Schwartzberg.

This piece includes his short film on Gratitude and Happiness. Brother David Steindl’s spoken words, Gary Malkin’s musical compositions and Louie’s cinematography make this a stunningly beautiful piece, reminding us of the precious gift of life, and the beauty all around us.

As a visual artist, Louie has created some of the most iconic and memorable film moments of our time. He is an innovator in the world of time-lapse, nature, aerial and “slice-of-life” photography – the only cinematographer in the world who has literally been shooting 24 hours a day, 7 days a week continuously for more than 30 years.

Louie was recognized as one of the top 70 Cinematographers for the On Film Kodak Salute Series. He is a member of the Directors Guild of America and the Academy of Motion Pictures Arts and Sciences.

Meditation, Gratitude, Appreciating This One Day Of Your Life

David Steindl-Rast (born July 12, 1926, Vienna) is a Catholic Benedictine monk, notable for his active participation in interfaith dialogue and his work on the interaction between spirituality and science.

Steindl-Rast was born and raised in Vienna, Austria. He received his MA degree from the Vienna Academy of Fine Arts and his Ph.D. in experimental psychology from the University of Vienna (1952). He emigrated to the United States in the same year and became a Benedictine monk in 1953 at Mt. Saviour Monastery in Pine City, New York, a newly founded primitive Benedictine community. With permission of his abbot, Damasus Winzen, in 1966 he was officially delegated to pursue Buddhist–Christian dialogue and started the study of Zen with masters Haku’un Yasutani, Soen Nakagawa, Shunryu Suzuki and Eido Tai Shimano.

Steindl-Rast continued creating bridges between Christian spirituality and eastern wisdom and, through interdisciplinary social commitment, contributing to understanding and peace in the world, for instance by co-founding the Center for Spiritual Studies with Jewish, Buddhist, Hindu and Sufi teachers.

Steindl-Rast’s thought has spawned significant research,[citation needed] from the first interfaith symposia (1972) comparing methods of meditation, to the modern scientific research in positive psychology as developed by Robert Emmons, Martin Seligman and others. Among the findings which have forced changes[citation needed] in the scientific view of spiritual practice are: the role of gratefulness in political and altruistic action, the relationship between gratefulness and happiness and the application of contemplative practice in character development and health. He is a member of the Lindisfarne Association.  from wikipedia