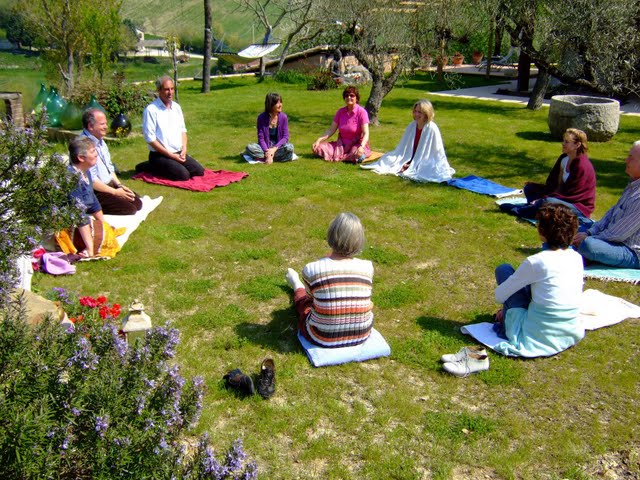 Here is research from Harvard. It’s very clever, and as modern as the app on your iPhone. 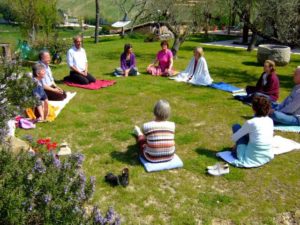 You can check out the app here: Trackyourhappiness.org

The app asked people three questions, related to happiness (“How are you feeling right now?”), activity (“What are you doing right now?”) and mind wandering (“Are you currently thinking about something other than what you’re currently doing?”). The results showed that people’s minds wandered a lot, regardless of what they were doing: people reported letting their minds wander 46.9% of the time, and at least 30% of the time during every activity except having sex. What’s more, people reported feeling less happy when their minds wandered than when they didn’t — even when the tasks at hand weren’t enjoyable.

On the other hand, the study did find that negative mind wandering was associated with even more unhappiness. And, in general, the researchers found that what a person was thinking about was a better predictor of happiness than whatever he or she was doing in that moment.

Although previous research has shown that feeling down can lead to mind wandering, this study found that the reverse was true as well: mind wandering often predicted bad moods, rather than following them. “I think there’s lots of evidence that rumination and worrying can cause a lot of stress in and of themselves,” notes Alan Marlatt, co-author of Mindfulness-Based Relapse Prevention, who was not associated with the study. Marlatt has spent decades studying meditation and other techniques to help focus the mind to fight addictions.

Indeed, in contrast to mind wandering, being able to focus on the present is thought to boost happiness. Most meditation techniques involve learning to “be in the moment,” and numerous studies have linked meditation to greater happiness, better ability to cope with stress and pain and even improvements in physical health. “It gives you more opportunity to stand back and take a moment to choose what to do next, instead of having your mind on auto-pilot and you’re not there,” says Marlatt. The ability to call home the wandering mind, and just “take time to be where you are,” through techniques like focusing on breathing can “make a huge difference,” he says. Read more:

So how about you?