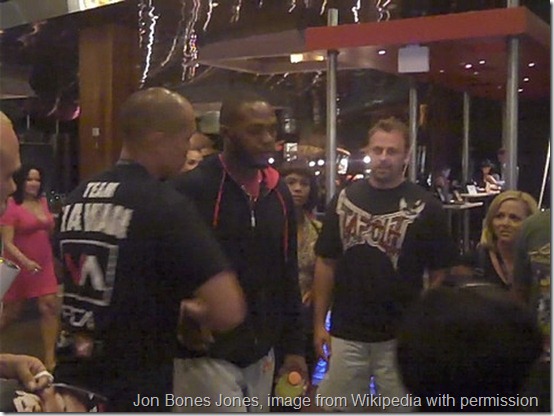 Do you believe meditation should be used to help fighters beat their opponents into submission?  The UFC certainly does. The are promoting meditation in their press releases, and providing a fighter with his own mini-van to travel to a beautiful and serene spot to meditation before his championship fight in Toronto.  Jon (Bones) Jones knows that meditation techniques help UFC Champions get ready to fight.

Light-heavyweight champion Jon (Bones) Jones likes to meditate before each fight and says he knows just the place in Toronto for UFC 140 next week.

Or at least coach Greg Jackson does.

“He has a lot of friends in Toronto, Canada, and they’ve already found a beautiful place for us to find our serenity before I fight,” Jones told a media conference call Thursday.

The UFC is putting a mini-van at their disposal to get there.

Jones’ penchant for pre-fight meditation came out before he won the title at UFC 128 in Newark, N.J., in March. Original story here

Fighting from a calm, centered, mindful place gives any warrior an advantage.

What do you think?  Do meditation techniques help UCF Champions get ready to fight better?

I am in favour of meditation, even when it’s used to make a fighter more powerful, more dangerous, and more likely to win.

What is your opinion?