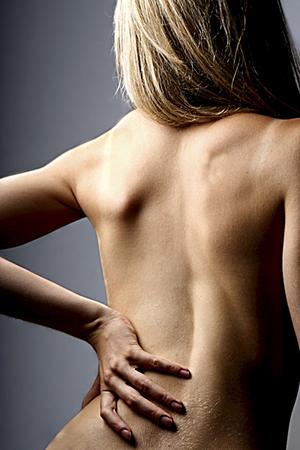 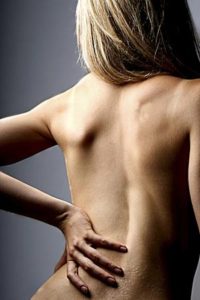 Meditation techniques to ease back pain are helping thousands of back pain patients every day.

Meditation techniques reduce health care costs by about 11% in the first year, and up to 28% when practiced over 5 years.

Even more interesting was this.  The study looked at  high-cost individuals… typically the most difficult type of patient to control costs on. The study is published in the September/October 2011 issue of the American Journal of Health Promotion.

According to the research, people with consistently high health care costs experienced a 28 percent cumulative decrease in physician fees after an average of five years practicing the stress-reducing Transcendental Meditation technique compared with their baseline.

The study is published in the September/October 2011 issue of theAmerican Journal of Health Promotion.

Experts have recognized that in most populations, a small fraction of people account for the majority of health care costs.

In the U.S., the highest spending 10 percent in the general population incurred 60 percent to 70 percent of total medical expenditures annually.

Individuals in these groups have consistently high medical bills year after year.

For many, chronic stress is the number one factor contributing to high medical expenses. Stress reduction may help reduce these costs.

The non-TM subjects were randomly selected from Quebec health insurance enrollees with the same age, sex, and region to match the TM participant profiles.

The TM participants decided to begin the technique prior to choosing to enter the study. In the year before the intervention began, there were no significant differences between the groups in payments to physicians.

After the first year, the TM group decreased 11 percent, and after 5 years, their cumulative reduction was 28 percent (p = 0.001).

The primary measure for assessing the effectiveness of TM practice in decreasing medical costs was the fees paid by the Quebec health insurance agency to private physicians in all settings for treating study participants.

In Canada and U.S., physician payments have been 20 percent of national health expenditures.

This study’s findings were similar to earlier ones. In a previous Canadian study, the TM group exhibited reduced medical expenses between 5 percent and 13 percent relative to comparison subjects each year for 6 consecutive years.

In a subsequent Canadian study of senior citizens, the TM group’s five-year cumulative reduction for people aged 65 years and older relative to comparison subjects was 70 percent. In a sample of American health insurance enrollees, the TM participants had reduced rates of illness in all disease categories.

An 11-year, cross-sectional study in Iowa found that subjects age 45 and over who practiced the TM technique had 88 percent fewer hospital days compared with controls. Their medical expenditures were 60 percent below the norm.

Other studies, including randomized clinical trials, indicate the TM technique can improve physical and mental health, decrease tobacco use, reduce substance abuse, and decrease other unhealthy habits and risk factors that lead to chronic disease and costly treatments.

“Almost no intervention for cost containment has decreased medical expenditures by 28 percent over five years from a baseline. Now, it may be possible to rescue Medicare and Medicaid by adding coverage for learning the Transcendental Meditation technique.”  Original story here

If you are reading this website, you already know that meditation techniques reduce health care costs, because you feel healthier and happier when you meditate regularly.

But lots of your friends do not know that meditation will make them healthier.  Therefore, please click the like button to share this information with your friends on Facebook.  If even 1 of them tries meditation because of you, that’s a really wonderful thing!