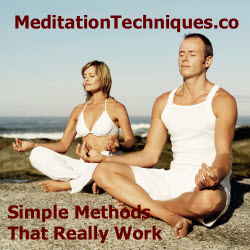 There are as many reasons to meditate as there are stars in the sky. Why do you meditate?

Ok… we all know meditation is good for stress relief.  So how about looking at some meditation techniques that make you smarter?

Mindfulness meditation techniques that make you smarter have been shown to improve the structure and function of your brain in about 20 minutes a day of regular practice.

One recent study found evidence that the daily practice of meditation thickened the parts of the brain’s cerebral cortex responsible for decision making, attention and memory.

Sara Lazar, a research scientist at Massachusetts General Hospital, presented preliminary results last November that showed that the gray matter of 20 men and women who meditated for just 40 minutes a day was thicker than that of people who did not.

Unlike in previous studies focusing on Buddhist monks, the subjects were Boston-area workers practicing a Western-style of meditation called mindfulness or insight meditation. “We showed for the first time that you don’t have to do it all day for similar results,” says Lazar. What’s more, her research suggests that meditation may slow the natural thinning of that section of the cortex that occurs with age.  Read more:

The forms of meditation Lazar and other scientists are studying involve focusing on an image or sound or on one’s breathing. Though deceptively simple, the practice seems to exercise the parts of the brain that help us pay attention.

“Attention is the key to learning, and meditation helps you voluntarily regulate it,” says Richard Davidson, director of the Laboratory for Affective Neuroscience at the University of Wisconsin. Since 1992, he has collaborated with the Dalai Lama to study the brains of Tibetan monks, whom he calls “the Olympic athletes of meditation.”

Using caps with electrical sensors placed on the monks’ heads, Davidson has picked up unusually powerful gamma waves that are better synchronized in the Tibetans than they are in novice meditators. Studies have linked this gamma-wave synchrony to increased awareness. Read more

Many people who meditate claim the practice restores their energy, allowing them to perform better at tasks that require attention and concentration. If so, wouldn’t a midday nap work just as well? No, says Bruce O’Hara, associate professor of biology at the University of Kentucky. In a study to be published this year, he had college students either meditate, sleep or watch TV. Then he tested them for what psychologists call psychomotor vigilance, asking them to hit a button when a light flashed on a screen.

Those who had been taught to meditate performed 10% better—”a huge jump, statistically speaking,” says O’Hara. Those who snoozed did significantly worse. “What it means,” O’Hara theorizes, “is that meditation may restore synapses, much like sleep but without the initial grogginess.”  Read more:

Another benefit for employers: meditation seems to help regulate emotions, which in turn helps people get along. “One of the most important domains meditation acts upon is emotional intelligence—a set of skills far more consequential for life success than cognitive intelligence,” says Davidson. So, for a New Year’s resolution that can pay big dividends at home and at the office, try this: just breathe.
Read more:

What’s your experience?  Have you discovered your own personal meditation techniques that make you smarter?

We’d love to hear from you in the comments if you have.