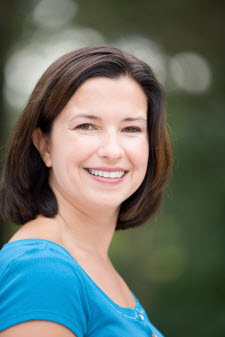 If you are suffering from IBS, we have good news.  Meditation techniques to ease irritable bowel syndrome have been studied at The University of Maryland in Baltimore.  The results showed patients who did meditation had three times the improvement of the control group that just had good treatment and  counseling — AND the results were double what is required to qualify for “clinical significance”. 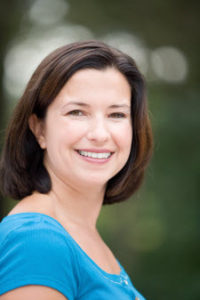 Research at The University of Maryland showed that learning meditation and gentle yoga was very effective in reducing IBS sumptoms.

Does your IBS flare up more when you are under stress?  Most people say yes.  If that is true for you…. then meditation techniques to ease your irritable bowel syndrome symptoms may help you feel better.  IBS is a serious medical condition, so make sure that you have medical attention.  Most doctors do recommend stress management programs for their IBS patients these days… at least the good ones do.

Here are some highlights from the Reuters news service article

For the new study, Susan A. Gaylord and colleagues at the University of North Carolina, Chapel Hill, looked at a different approach to managing the “brain-gut” connection — known as mindfulness-based stress reduction.

The researchers randomly assigned 75 women with IBS to either undergo the mindfulness training or attend an IBS support group once a week for eight weeks.

The training included lessons on meditation, gentle yoga postures and “body scanning,” in which people focus their attention on one body area at a time to detect muscle tension and other sensations.

On average, their scores on a standard 500-point IBS symptom questionnaire fell by more than 100 points, with a 50-point drop considered a “clinically significant” improvement.

In contrast, women in the support group averaged a 30-point decline, according to results in the American Journal of Gastroenterology.

Chiaramonte said the trial was “tremendously well-designed,” and set up to address the common criticisms of studies of mind-body therapies. Testing mindfulness training against a support group, for example, helps control for the fact that people involved in any form of therapy may simply expect to get better — and, therefore, do.

In surveys, the researchers found that women in the support group were as likely to expect benefits as those in the mindfulness group.

“And still, the mindfulness group did better,” Chiaramonte said. “So it’s not just the contact with another human being, or not just that they expected to get better.”

It also makes sense that mindfulness training would help people with IBS, according to Chiaramonte. “Part of the problem in IBS,” she explained, “is the attention people give to the physical discomfort, and what the mind then does with that.”

With mindfulness training, the goal is to help people become aware of what they are feeling, but then “let it go” instead of ruminating, and potentially making the physical symptoms worse.

There are still questions about the role of mindfulness in managing IBS, though.

Larger trials, including ones that recruit men as well, are needed, according to Chiaramonte.

There’s also the fact that “mindfulness” can be learned in many different ways — at your local yoga or meditation center, or through a book or CD, for example.
original here

The original research is published in The American Journal of Gastroenterology , (21 June 2011) and you can read an abstract of the research here.

If you have ever used any meditation techniques for the relief of your IBS, we would love to hear from you.  We are currently evaluating several different commercial programs, to see which one has the best proven results.

Would you like a free download of one of the many meditation techniques to ease irritable bowel syndrome?  If you do, please leave your name in the comment area below and we will email you when it’s ready.