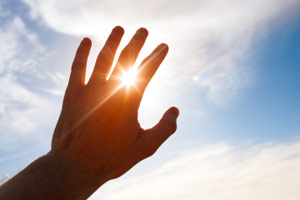 There is great news for everyone looking for meditation techniques to improve mental focus.

In just 4 days you can boost your mental focus, and improve a broad range of mental

Research at Wake Forest proves that you can improve your mental focus with meditation in the first week of practice.

abilities, according to recent research at Wake Forest University School of Medicine.

Meditation techniques are improving more than just mental focus.  Many cognitive abilities were not merely improved, but improved ten times as much.

After just four days, the people in the meditation group experienced a boost in their cognitive abilities and scored higher averages than the other group on all cognitive tests – in some cases as much as ten times.

“The profound improvements that we found after just four days of meditation training are really surprising,” said Zeidan, who is a post-doctoral researcher at Wake Forest University School of Medicine. “It goes to show that the mind is, in fact, easily changeable and highly influenced, especially by meditation.”

Improving your mental focus delivers benefits in many areas in both your work life and personal life.  Sure your productivity will go up … but have you considered that using meditation techniques to improve mental focus will also have a powerful effect on your personal life?

Meditation can also help you increase your attention span. As it turns out, some studies now suggest that our attention doesn’t have a fixed capacity and that it can be vastly increased by directed mental training.

Katherine MacLean and her co-advisor, Clifford Saron, wanted to see how meditation affects our mental abilities and what they found was remarkable. They selected 60 people to study meditation for three months at a retreat in Colorado. During the retreat, all participants took a 30-minute computer test to evaluate how well they could sustain visual attention and make fine visual distinctions. At the end of the study, they were able to focus on task for a much longer period of time and were better able to distinguish small differences between things they saw on the screen.
read the original article here

People generally used to think that it took months or years for meditation to deliver benefits to you. Now we have proof that meditation techniques to improve mental focus will be effective in the first week you learn them.

This article was inspired by a reader like you.  Her name is Lila Solnick and she is an expert on the paleo diet. Her website covers paleo diet news every day, and is a treasure trove on information on the paleo diet.  If you are interested in healthy eating based on solid evolutionary theories of what the best foods are…. check it out!

If you see any great articles about meditation techniques, please leave a comment telling us about it, and we”ll get back you right away.  Our readers rock!