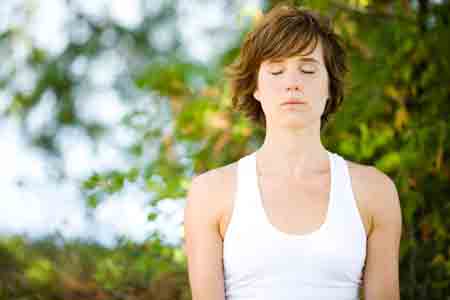 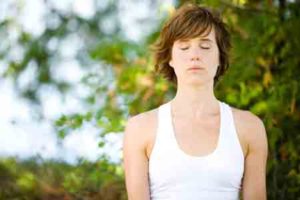 People are turning to meditation techniques to reduce stress and strengthen their memory. New research shows it to be highly effective in treating depression

Both of these meditation techniques to treat depression have delivered clinically significant results.  The study reported on below used TM.

Depressive symptoms almost halved among those who used the therapy over 12 months, researchers found.

Based on Indian traditions stretching back thousands of years, Transcendental Meditation became popular in the West in the late 1960s when it was taken up by the Fab Four and other celebrities, including Mia Farrow and Donovan.

It requires followers to sit quietly and concentrate, silently repeating an individual word or ‘mantra’ to themselves.

Tens of thousands of followers across the world claim that the meditation has made them happier and healthier.

Even patients at risk of depression who had not developed the illness saw benefits, according to two studies which will be presented at the Annual Meeting of the Society of Behavioural Medicine in Seattle.

Depression is a major cause of illness in Britain.

An estimated one in 10 people are thought to have been affected by clinical depression, in which a patient suffers a range of symptoms over a short period of time.

Half of sufferers will have clinical depression more than once.

“These results are encouraging and provide support for testing the efficacy of Transcendental Meditation … in the treatment of clinical depression,” said Hector Myers, the co-author of one of the studies and professor and director of Clinical Training in the Department of Psychology at the University of California Los Angeles (UCLA).

The UCLA study looked at 36 patients with clinical depression, while another, by the University of Hawaii, looked at 112 patients at risk of heart disease, who were also at high risk of suffering from depression.

Both studies compared the groups with healthy people who were also asked to perform Transcendental Medication over the course of a year.

They show that patients experienced the benefits of meditation rapidly.

Those with depression reported that their symptoms had nearly halved within three months of starting the treatment, and the effects were maintained across the rest of the year-long study.

Similarly, in the patients at risk of developing heart disease, the full benefits were seen within three months, over the course of which time depressive symptoms fell by around a third.

Have you suffered from depression?  Would you like to learn more about the specific meditation techniques to treat depression that were used in the two studies quoted above?