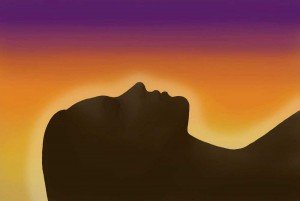 One of the reasons why people can’t seem to meditate is because they can’t make time for it. With their busy schedules and over-crowded planners, not many has really appreciated the good a little meditation can do for them. For the many who work in the stressful environment of the office, they often find a difficult time trying to fix situations under extreme pressure. Their brains are in knots. Instead of forming solutions in their heads for the problem at hand, they’d rather give emphasis on how things are going against the flow.

Working woman, Justine Poole, who had been experiencing a lot of inner discomfort shares the perks of being under meditation. She was once bearing all the work of her career while having the weight of anxiety and many other turmoil within herself. Out of all the types of meditation, she found peace at Transcendental Meditation most.  Here, she speaks up on how exercising meditation helped her.

It has been scientifically proven that meditation can lower risks of clinical depression. With it being one of the top killers of teens and adults, it is a must to, as much as possible, keep the demons away. Practicing this releases anxiety bottled up inside a person. Realizing a truer form of self-discovery can make of a better person altogether without having to worry about the following “disasters” to come.

Bring back your sleep.

Many of the problems adults face can be linked to the fact that they do not get the right amount of sleep that they need. Even if they do, it isn’t as sound as it was when they were kids. People often carry their problems even as they sleep which gives them the uneasy feeling while in bed. Meditation refreshes the minds of those who do them and results to having peaceful sleep.

Justine says she meditates before work and right after as well. This is due to having to want all her problems gone during her work. With all the space personal matters once occupied, there is a better chance of getting more focus on work and accomplishing them with flying colors. One of the aftermaths of meditation is a sense of refreshment and a whole body filled with new energy to conquer your day ahead!

A sound that suits you.

A “mantra” is something exclusive to transcendental meditation. It is a sound that you’ve found a personal connection to. Whenever you are in a disarray of your thoughts, listen to the sound in a repetitive fashion and let it drown out what ever’s unnecessary in your head. Give in to the state of mind and let it take you wherever your head feels it needs to go to.