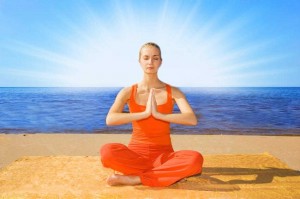 The evidence supporting the benefits of mindfulness meditation has never been stronger than it is now. One of its leading advocates, Doctor Danny Penman recounted an experience as to how he reaped its benefits.

“Seven years ago, I also had a terrible paragliding accident that shattered my right leg. The impact drove the lower half of my leg up through the knee and into my thigh. I needed three major operations and intensive physiotherapy to repair the damage.

Throughout my ordeal, I used mindfulness to help me cope with the intense pain and stress, which was accompanied by more than a little anxiety.

And it worked to an astonishing degree. My pain gradually subsided and I was able to reduce my intake of painkillers by two-thirds. I also developed a more contented outlook, seeing my injuries as temporary problems that would gradually subside, rather than as limb- threatening ones that might confine me to a wheelchair.” Read more here.

But this isn’t where the benefits of mindfulness meditation stopped for Dr. Penman. He’s convinced that it’s also the reason why he recovered much faster than expected. His leg healed in six months—and not 18 months as originally predicted.

Mindfulness meditation is effective in addressing depression. Scientific studies also show that mindfulness meditation can treat severe depression, as effectively as drugs or counseling do. In fact, it’s listed as one of the preferred treatments by the National Institute for Health and Clinical Excellence. It is further capable of positively influencing brain patterns, so that anxiety and stress can be reduced.

Meditation doesn’t have to eat up your time. To reap all the promising benefits of mindfulness meditation, you don’t have to spend hours of your day. In fact, around 10 to 20 minutes a day suffices to benefit your overall physical and mental well-being.

Meditation cures a variety of health problems. Hospitals have begun to prescribe mindfulness as treatment for a variety of diseases, including treating the side effects of chemotherapy, arthritis, heart disease, chronic fatigue, migraine, back problems, and multiple sclerosis.

Meditation benefits both children and adults. But it’s not only the adults that can benefit from mindfulness meditation. Even children who are taught its techniques an principles have better self-esteem and have better performance in class. It enhances clarity of thought and reduces stress.

Meditation has scientific proof. The benefits of meditation have their proof in science. Imaging studies show that meditation lays down extra tissues and neural connection in the brain, especially those associated with memory, empathy, and attention. The reactions of the brain to stress also begin to dissipate because of meditation.