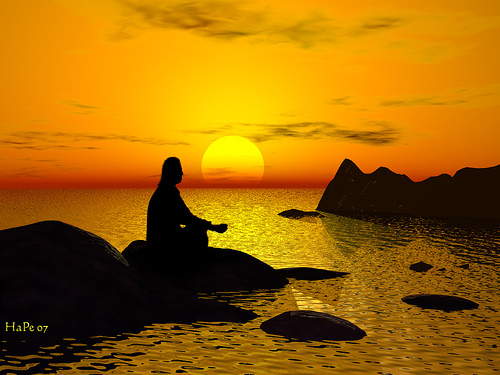 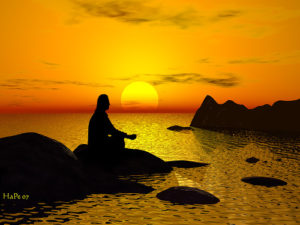 Meditation improves many aspects of your life, and now research shows it even helps you be more logical and rational.

When you think of all the benefits of mindfulness meditation techniques, I’m sure you are surprised to hear that it also improves your rational thinking.

It seems every time a scientist looks at a meditators brain these days, the are finding new and surprising benefits.

Studies looking at the brains of people playing a fairness game found very different responses between Buddhist meditators and other participants.

It’s no secret that humans are not entirely rational when it comes to weighing rewards. For example, we might be perfectly happy with how much money we’re making — until we find out how much more the guy in the next cubicle is being paid.

But a new study suggests that people who regularly practice Buddhist meditation actually process these common social situations differently — and the researchers have the brain scans to prove it.

Ulrich Kirk and collaborators at Baylor Medical College in Houston had 40 control subjects and 26 longtime meditators participate in a well-known experiment called the Ultimatum Game. It goes like this:

One person has a sum of money to split with another person. If the other person accepts the offer, they both walk away with cash in their pocket, but if he or she rejects the offer as too chintzy — which happens surprisingly often — neither receives anything.

The rational course is to accept any offer that is proposed, because getting something is better than nothing at all, but the Ultimatum Game suggests that for many people, emotion trumps reason. Being treated fairly is more important than coming out ahead financially.

Kirk’s subjects had $20 to split among themselves. When the offers were wildly asymmetrical (keeping $19 for oneself, while offering only $1), 72 percent of the controls refused the money, meaning both parties left empty-handed. But when the meditators played, only 46 percent rejected such blatantly unfair offers. More than half were willing to take whatever they were offered.

The test subjects played the game while lying inside a functional magnetic resonance imaging scanner, enabling the researchers to see which areas of their brains became active as they responded to various monetary offers. As in earlier experiments with the Ultimatum Game, the control subjects saw increased activity in a brain structure called the anterior insula when they were confronted with an unfair offer — an area linked to the emotion of disgust.

But the meditators’ brains reacted quite differently, activating brain areas associated with interoception — the representation of the body’s internal state. In fact, the researchers found very little overlap in the two groups’ neural responses.

Kirk, who recruited his meditators from the Houston Zen Center and other local Buddhist groups, wanted to explore a different mechanism for managing their emotions than the ones usually studied in cognitive neuroscience.

“To us it seemed that a more ecological way of doing this would be to see the effects of mindfulness,” he says. “Mindfulness, as opposed to emotion regulation, is using an outside perspective on one’s experiences, rather than changing their content (through distraction) or context (through reframing).” original story here.

And even more importantly, please click the Like button below if you want the world to understand that meditation can make the world work a little better and more rationally.