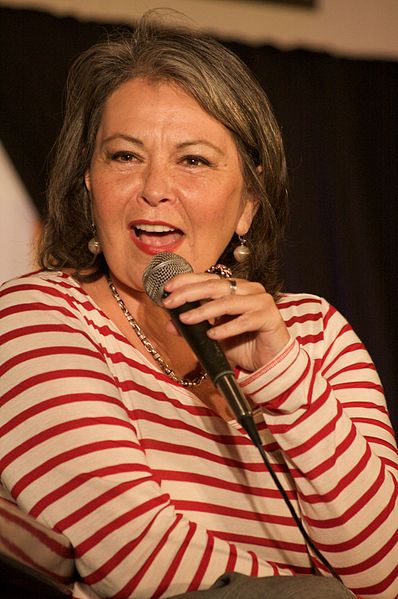 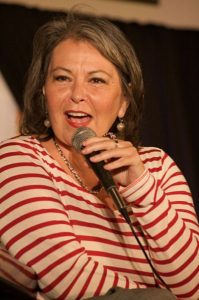 When you think of Roseanne Barr – meditation retreat is NOT what comes to find first… is it?

Roseanne became famous as star of her sitcom as a loud, brassy, “tell it like it is” working class woman.  The Emmy Award-winning comedian and actress, who reached superstar status with her role as a blue-collar matriarch on her hit eponymous sitcom, was never known for her mellow side (assuming she had one). Whether in character or doing standup, she was loud, crass and often politically incorrect.

I was surprised and delighted to discover that she has been meditating for the last 17 years.

Now she is leading a meditation retreat at a noted Jewish retreat center.

Yet despite her reputation for volume, volubility and controversy, Barr, 58, and her sister, Geraldine, will host a women’s spirituality and meditation weekend at the Isabella Freedman Jewish Retreat Center in Connecticut later this month. The retreat will emphasize the softer, greener side of Judaism – as well as that of Barr herself.

“I started meditating about 17 years ago,” Barr said during a phone interview from Hawaii, where she now lives and works on the 40-acre macadamia nut farm that she bought five years ago. It is also the setting of her Lifetime reality show, “Roseanne’s Nuts,” which chronicles her attempt to live a “radical and organic life” with her musician boyfriend Johnny Argent, who she met on her website, Roseanne’s World. (She has claimed that others have met their basherts, or soul mates, on her site so perhaps if the farming thing doesn’t work, she might consider giving JDate a run for its money.)

But don’t mistake Barr for Henry David Thoreau in “Walden.” She has not fallen off the grid. She regularly tweets to her fans, posts to her blog and recently penned a cover story for New York Magazine about the perils of fame, narcissism and breaking into the old boys’ club known as network television. And finally, let’s not forget that she appears weekly on an actual television show.

Suffice it to say, Barr is hardly the unplugged environmentalist type.

Barr as farmer also subverts the stereotype of the environmentalist as a crunchy, granola-type hippie. The first episode of the show had her explaining her problems with a foreign invasive species with a flurry of expletives that were bleeped by Lifetime’s censors. (George Carlin would’ve been proud.)

Her newfound vocation is worlds away from Los Angeles and the sitcom she created that explored the issues of working-class Americans in the early ‘90s. And what of those blue-collar citizens? Can they possibly follow in Barr’s footsteps, or is regular organic eating probably too expensive for a working-class family?

“It’s not expensive to grow your own garden,” Barr said. “It’s the cheapest thing in the world. For a family of four, two acres will feed them for a year.”

Barr prides herself on having “solutions” such as the above for the myriad problems facing the world, which is part of the reason she has announced her intention to run for president of the United States and prime minister of Israel simultaneously.

“I would have to say that as far as politics go, there aren’t many more evolved women than myself,” she said.

Watching the tent cities spring up across Israel has heartened her.

“There’s always a tipping point of bullshit,” she said, “and they’ve reached it.”

But as often as she makes grandiose and bizarre statements, Barr punctures her bravado with a joke. While referring to the traditionalist view that only men over the age of 40 are allowed to study Jewish mysticism in the conversation, she cracked, “I’m allowed to because I’m over 50. I have raised my children and I’m bearded.” (She doesn’t appear hirsute onscreen, yet she is wearing her hair gray these days.)

“Judaism as a philosophy before a religion was extremely goddess-centered and nobody knows that,” Barr said.

For her part, she would like to step all the way outside of the tradition rather than contend and try to reform it.

“If I was black, I wouldn’t be listening to a KKK person saying I’m not good enough,” she said in a jab at more right-wing corners of the Jewish world.

Despite such hang-ups, her involvement in community events such as the retreat at Isabella Freedman reveals an openness toward tradition.  original story here about Roseanne Barr Meditation Retreat.

I am delighted to hear it when celebrities meditate.  A Roseanne Barr meditation retreat is a wonderful thing, but perhaps not for the reason you might think.

The Dalai Lama was asked about celebrities learning Buddhism and meditation and he said in that gravelly old voice of his ” When celebrity learn to meditate is good.  They know fame and riches not make you happy”.