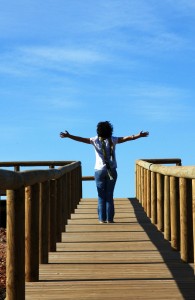 Skeptics just love to poke criticisms at meditation. One of the main arguments is that meditation lacks sufficient scientific basis, and is simply a waste of time. Never mind that they haven’t tried meditation themselves, which means that they don’t know what they’re talking. Never mind, as well, that they’ve probably attempted to meditate in vain, as they’re most likely doing it wrong. Here we take a look at these spurious claims, and try to understand: does meditation really have a basis in science?

Yes, meditation is backed by research.

The answer, of course, is a resounding yes. There has in fact been a wealth of research focusing on the scientific justification of meditation’s effectiveness. The type that’s often employed in research is focused-attention  or mindful meditation, where the participant is asked to focus on something, such as their breathing, a sensation in their body or an object. Another type is open-monitoring, where the participant pays attention to everything happening around him.

And what does the brain do when you meditate? This is answered by modern technology, with fMRI scans done by scientists to have a more developed understanding of what goes in a person’s brain when he meditates.

According to studies, the brain’s processing activity is not as active as normal when meditating. There’s a noticeable decrease in the beta waves. What this means is that the brain continues to process information even after the session.

Research has shown that different parts of the brain respond to meditation. The frontal lobe, responsible for emotions, planning, and reasoning, goes offline when meditating. The parietal lobe, which process sensory information, slows down as well. The thalamus, known as the gatekeeper of your senses, will slow down the flow of information. The same goes for the reticular information, which puts the brain on alert whenever there’s an incoming stimuli.

So ultimately, what’s the effect?

Is it even a good thing, in the first place, for the brain to experience a slowdown in its processes? With its proven health effects, there answer, again, is a definite yes. For one, it results in better focus. You will also be less anxious, because you’re essentially loosening up the connections in the pathways. You don’t feel as scared when you’re in a scary setting.

For those who are oriented to the arts, there’s even better news: expect your creative juices to flow in. You will find yourself being better at your creative tasks by engaging in open-monitoring meditation.

SO, are these all the benefits you stand to gain? That’s what we’ll talk about in the next part.