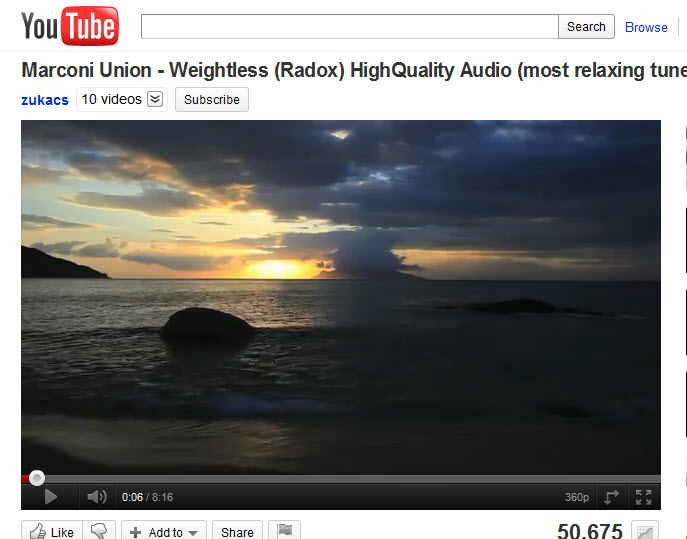 It is no coincidence that a British company selling bath and spa products created a fake experiment to create some publicity for themselves.  The world’s most relaxing music is a PR stunt, nothing more.

But it is a good stunt, and got them lots of publicity.

And you know what…. I really like the sound of the music too.  Here’s a video from Youtube that discusses the process on how the music was made.  The second video, below, is the actual music itself… which is quite lovely.

The World’s Most Relaxing Music Is A PR Stunt

Here’s what Gizmodo had to say about it…. 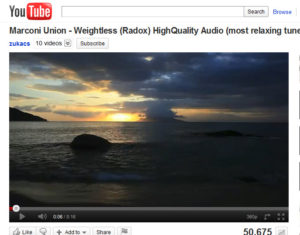 In a crushing blow to Enya, Yanni and John Tesh devotees, a Manchester group has composed what sound therapists and scientists are calling the most relaxing song ever created.

Science has already given us the most annoying song ever created. But in what I assume is an attempt to get people to stay home and use their products instead of going to a spa, Radox, a UK bath gel brand, concocted an experiment to see if a piece of music could be created that would have the extreme opposite effect. So Marconi Union, a group known for their chill, ambient sound, worked with sound therapists and scientists to create an eight minute yawnfest known as Weightless. The composition mixes pianos, guitars, atmospheric sounds, chimes, and even buddhist chants, in an eight minute ordeal that actually slows from 60 bpm to 50 bpm near its uneventful finale.

Besides quiet samples and a slow tempo, Weightless also doesn’t have a repeating melody, since trying to predict or mentally repeat a pattern in a song will have the opposite effect its creators were after. Now since the whole experiment seems just like source material for an upcoming ad campaign, I’m skeptical of their results. But a testing lab found that Weightless was eleven percent more relaxing than even some of Enya’s most monotonous pieces. During the testing the women’s stress levels were elevated through a series of timed puzzles, and listening to the track afterwards was found to reduce their anxiety levels by sixty five percent. A fact even more impressive given how exciting and stimulating scientific experimentation and lab tests can be. The song was even more effective than a massage, though their empirical results came from collecting biofeedback data, which is often open to interpretation.

And in a quote that seems engineered in another lab for marketing purposes, scientists have advised women not to drive while listening to the track, which is available for your listening ‘pleasure’ on Soundcould, because it could be deadly if they became too drowsy! [Daily Mail via Slashdot]

I’m interested… do you agree that this claim of the world’s most relaxing music is a PR stunt designed just to get attention?