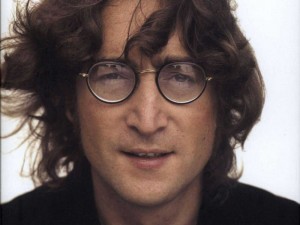 “To transcend is to dive naturally and spontaneously inward beyond thought, to experience the most peaceful, settled state of mind and body, described as restful awareness, or pure awareness.”

This is how transcendental meditation is described by a person in practice. The exercise of this type meditation has proven to be quite beneficial both spiritually and in health. By tapping into the innermost consciousness, the main idea of transcendental meditation, according to Maharishi Mahesh Yogi, is to achieve pure and untainted happiness. Much like what he said in his interview, “The mind is always moving towards the direction of greater happiness.”

In the busy and often noisy life of the 21st century, one of the biggest problems people face is stress. This particular problem can lead to many worse predicaments that only make people’s lives busier and quite nosier. Because of this, we need to find ways to silence our surroundings and find peace in the only place we’re most likely to find it—within ourselves.

Take it from people who constantly have heavy pressure on their shoulders. People under the limelight and people who hold much fame. Example of these are the late John Lennon, and George Harrison. Both from one of the greatest bands in music history, The Beatles. They once both did an interview regarding (and supporting) the meditation form of transcendence. Being always bombarded with huge responsibilities and continuous days of tiresome activities, you’d think that they would be without energy.

But, contrary to that, he said in his interview, “The energy that I’ve found doing meditation, I know I’ve well has been there before – only that I could access it only during good days when everything was going well. With meditation I find that it could well be pouring down rain, it is still the same amount.” The worst days of meditation I have are better than the worst days I had before.” This only heightens their need for the said meditation.

Transcendental meditation is freeing the mind using a “mantra” or their own personal sound. It is letting go of thoughts that disrupt or hinder our innermost longing for bliss. By losing control, our minds will take its natural course towards greater happiness, and rather not pay attention to the sidetracks that often distract us from what we really want to achieve. It is no surprise that our day-to-day lives wear us down to a pulp, and that is also one problem transcendental meditation can help us with!

To quote George Harrison’s statement, “You don’t feel like you have more knowledge or anything. You might, but it doesn’t feel that way exactly. You just feel more energetic. You just come out of it and it’s been refreshing.” I guess there’s some truth in the fact that happiness, for someone living in the fast-paced generation of today, is truly refreshing.