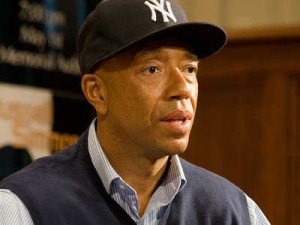 Why Transcendental Meditation is Popular With Celebrities

Transcendental Meditation or “TM” has been famously credited by a lot of celebrities and CEOs of big companies for helping them to achieve great things in both their lives and careers. The Beatles famously claimed that Transcendental Meditation helped them write their best records. Oprah has included it in her daily practice, so does the British comedian Russell Brand, billionaire hedge fund founder Ray Dalio, and Def Jam founder and pioneer Russell Simmons.

Piqued your interest yet? The question of what Transcendental Meditation is, what the benefits are and how it differs from other meditation techniques have been topics for those who have not tried it. Worry not, the secrets shall be revealed here.

TM is a personal mantra with the practice of sitting for 20 minutes, done twice in one day. Originating all the way from India, this meditation technique is based on a Vedic tradition as a means of ancient Indian process of enlightenment. The Transcendental Meditation Program was founded fifty years ago by Maharishi Mahesh Yogi, who introduced this phenomenal practice to the rest of the world.

TM’s program allows people’s minds to settle into a state of pure awareness which is known as transcendental consciousness. When in this state, the body is at its most relaxed state, and the brain has the greatest opportunity to access its most creative energy. Many TM devotees claim to have achieved a certain creative edge that allows them to develop more innovative ideas, get more focus throughout the entire day and grants access to a clearer mind.

TM has been credited and praised by the SpaRitual line founder of nail polishes and cosmetics, Shel Pink for its contribution in helping her successfully run the business. American film maker and director, David Lynch, Transcendental Meditation’s widely recognized creative spokesperson, shared how TM’s ability of boosting the awareness of a pure and vibrant consciousness can help a surge of creativity flow to film students.

However, Lynch does not discount the other beneficial aspects that TM has to offer. He believes that TM is not only meant for film students or celebrities. He believes it is for everyone to practice, especially as a potent healing practice. Yes, Transcendental Meditation has a list of positive health benefits a person can get.

A lot of medical studies support the powerful effects towards the reduction of what stress and trauma bring to a person. It has also been hailed as one of the most helpful practices for different health issues like diabetes and high blood pressure. Other studies have suggested the possibility of Transcendental Medication to actually slow a person’s aging process. It would seem that aging products are not needed as much as people tend to think, after all, which is great news for everyone who wants to live long and healthy lives.